Chop’d recently opened their 18th site in Westferry Circus, Canary Wharf and have expanded outside of London with sites in Manchester and Liverpool.

Calculus Capital were also delighted to be runners up in the Best EIS Investment Manager category, an accolade previously won by Calculus in 2016. 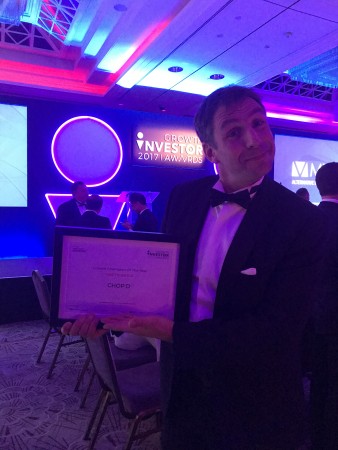 The Growth Investor Awards celebrate the role of the UK SME investment community in job and wealth creation, recognising those enabling start up and ‘scale up’ businesses to realise their full potential and drive Britain’s economic recovery.