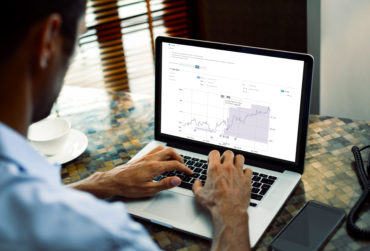 New research finds that if active managers had the discipline to avoid clinging to their positions for too long, they could easily beat index funds.

Love affairs are exciting in their early stages — but in stocks, as in life, it pays to know when it’s time to move on.

That’s according to new research from Essentia Analytics, which analyses the decisions of fund managers based on behavioural science. The firm found that for all the hype about active manager underperformance, these managers actually do generate alpha, “well in excess of the fees they charge,” the firm found. The problem: they tend to give all of it back, and then some, by holding on to their positions too long.

There is a way to break this cycle, however. Active managers who get control of their tendency to become overly attached to stocks can generate alpha of 1.2 percent annually, on average, at the portfolio level. That’s enough to beat their benchmarks after an average fee of 75 basis points (0.75 percent), the consultant found.

After evaluating about 10,000 “episodes” — full cycles of a given position from first entry to last exit — across 43 portfolios over 14 years, Essentia Analytics found that “alpha starts out strong and fades sharply with age.”

According to the report, “Investors often hold on to positions too long (a consequence, we believe, of the endowment effect), diminishing or eliminating whatever excess returns they were able to generate early on.” The endowment effect is a concept in behavioural finance that refers to the tendency of people to overvalue an object they already own.

Active managers have been under pressure from index funds for a decade. But Clare Flynn Levy, the founder of Essentia Analytics, said her firm’s findings are positive in that they demonstrate there is something active equity managers can do about it.

“There is an opportunity there,” Flynn Levy said in an interview with Institutional Investor. “They don’t have to roll over and die; they can do something to stop themselves from giving up the alpha.”

In other words, by monitoring their portfolios, they can learn to become disciplined about exiting positions at or near the peak of their alpha curve, she said.

“Once you know your pattern, and when your ideas tend to run out of alpha, you could get an automated reminder that says, ‘Be careful, the relationship is over,’” she added. “People have a tendency to wait too long, and then it turns nasty and they get divorced.”

Flynn Levy explained that if a fund manager has made money on a stock, it becomes natural to then give the position the benefit of the doubt and stop asking hard questions about it. But that complacency can lead to problems.

Portfolio managers don’t need to find the perfect time to sell their positions. They can gain significant alpha by making decisions about their stocks in a six-month window, according to Essentia’s research.

Flynn Levy explained that fund managers who they studied held on to the average idea for 257 business days. The top quartile of alpha generation, by contrast, was 133 business days, about six months.

“Then it turns downward and you lose alpha,” she said. “So you have a six-month period where if you get out in that period you would have preserved some, if not all, of the alpha. But if you wait longer, historically we’ve seen all the alpha go away. Portfolio managers might need a reminder that says, ‘The clock is ticking!’”

Most portfolio managers are taught to let their winners run, so the research runs counter to what many people think, Flynn Levy said. It’s good to be a long term investor, just not too long, according to the consultant.

“You can be a victim of being a long-term investor if you’re not careful,” Flynn Levy said. “Companies go out of business all the time. There is being long term and then there is being vigorous about the alpha creation petering out.”