MIP Diagnostics is a novel affinity reagent company. Founded in 2015 as a spin out from the University of Leicester to commercialise various forms of Molecularly Imprinted Polymers (MIPs), sometimes called ‘plastic antibodies’. The Company’s proprietary technology includes a novel method to make nanoMIPs which circumvents the drawbacks of traditional MIP manufacturing methods. The robust nature of MIPs and nanoMIPs make them ideal reagents for a wide range of applications including point-of-care diagnostics and in field-based testing. They can withstand harsh chemical environments, such as extremes of pH, seawater or high concentrations of organic solvents. MIPs have successfully been created and deployed against all major target classes including peptides, proteins and other macromolecular structures, as well as smaller chemical entities such as drugs, their metabolites and commonly used biochemical species such as enzyme cofactors. Using the proprietary nanoMIP design and development process, MIP Diagnostics can provide a proven nanoMIP within just two weeks of receiving the target.

The team has significant industry experience being chaired by Jim Reid who held senior positions at Axis-Shield and Roche. The investment from Calculus Capital will enable MIP Diagnostics to further develop in house assets for future licensing, increase revenues, bring products to market and continue development of the platform. 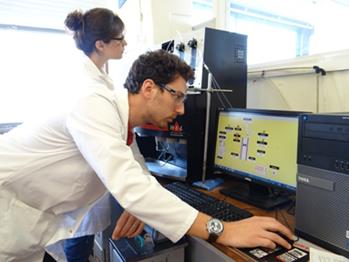