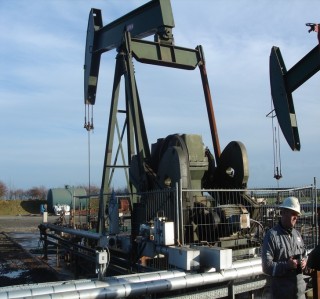 Terrain Energy was established in October 2009 to develop a portfolio of onshore oil and gas production and development interests in areas of low political risk.
Terrain has a diversified portfolio of assets including production interests in the Larne, Brockham, Keddington Egmating, Starnberger See, Lidsey and Whisby oil fields, it was also recently awarded the Louth exploration licence. The company is focused on increasing its production capability and proving its exploration licences. Some fields are already producing and the probability of encountering oil on Terrain’s Larne licence has recently increased significantly due to finding thermogenic gas at the recently drilled Islandmagee gas storage well, which is just to the north of the licence. Success at Larne would be a game changer for Terrain as prospective resources on this licence total 450mmbo (45mmbo net to Terrain). Further good news came recently from Keddington, a sidetrack was drilled in February 2016 which encountered over 60m of oil bearing sands which could produce up to 100bopd (it is due to be put on test imminently).

Forecasts by the International Energy Agency and others show that traditional energy sources such as oil and gas are likely to provide most of the world’s energy needs for a generation to come.

Terrain has a strong management team, consisting of Steve Jenkins (ex-CEO of Nautical Petroleum which was sold to Cairn Energy in 2012 for £414m) and Eric King (with 40 years of onshore UK oil and gas knowledge).