Calculus Capital and Stargrove Pictures have launched a new EIS fund in association with the British Film Institute (BFI) to help deliver vital funding for the UK’s most promising screen content companies. 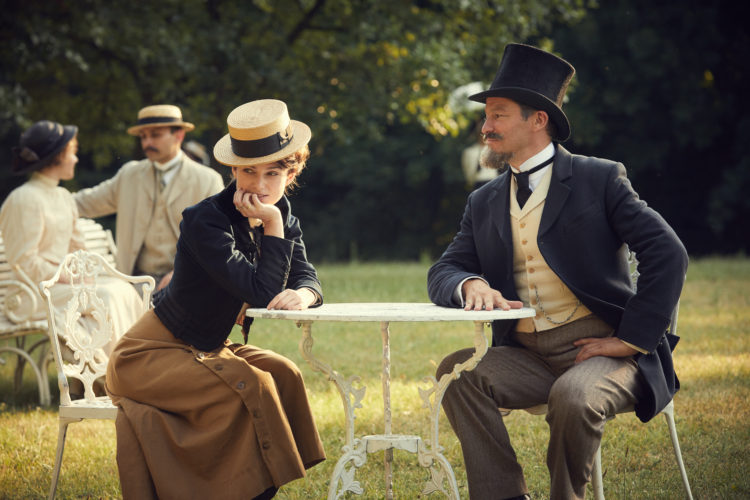 The recommendation for the UK Creative Content EIS Fund came out of last year’s BFI Commission for UK Independent Film, chaired by Lionsgate UK CEO Zygi Kamasa. The Commission set out to explore how to help UK companies diversifying across film and high-end television meet the growing demand for premium content fuelled by well-funded subscription streaming services, such as Netflix and Amazon.

One of its key recommendations was the establishment of an Enterprise Investment Scheme (EIS) fund to encourage a new wave of investors into the sector and deliver vital equity finance to help independent, UK screen content companies scale up.

After a rigorous selection process, the BFI chose partners Calculus Capital and Stargrove Pictures to manage the Fund. Calculus is a multi-award-winning growth company investor, which created the UK’s first approved EIS fund 20 years ago. Stargrove’s principals have overseen over £1 billion of investment, backing productions such as The Best Exotic Marigold Hotel, Suffragette, Call the Midwife, The Fall and Doc Martin. The team are looking to raise £20 million in the Fund’s first year alone.

The Fund will be managed independently, but in association with the BFI, whose work, with its priority focus on diversity and inclusion, has been ground-breaking in successfully finding and propelling the careers of distinctive new voices and talent.

Amanda Nevill, CEO of the BFI said: “Never before has the world been so hungry for stories, to be enjoyed on screens big and small. The UK is at the centre, the master storyteller, driving an industry that is amazingly worth almost £8 billion to the economy and growing. In the midst of this expansion we are acutely aware of the need for investment so that film and other screen content companies can scale up. The BFI is excited about the opportunities this Fund will present for a new wave of investors to get involved with our magical industry alongside Calculus and Stargrove, who have a wealth of experience and knowledge.”

John Glencross, CEO and Co-Founder of Calculus Capital, said: “This is a new breed of EIS fund in this sector. It will focus, not on project finance, but on building and growing companies involved in a broad variety of popular productions, across a range of platforms. Throughout the Fund’s development, Calculus, Stargrove and the BFI have worked to ensure our objectives and investment strategy are aligned with the true spirit of EIS legislation, which is how we’ve always operated.”

He added: “Netflix and Amazon have achieved global growth by offering original premium content to subscribers. Traditional studios, distributors and broadcasters are responding to the challenges of this changing and expanding market. With exceptional talent and infrastructure, the UK is already well on the road, generating unprecedented spend in the UK on making new films and television productions and well positioned to benefit from this trend. We are also seeing increased merger and acquisition activity around content companies. All of this is creating compelling investment and exit opportunities for investors.”

The UK has a proven track record for creating premium, globally renowned content. The screen sector is one of the UK’s fastest growing – it saw a 51% increase last year1 with £3.17 billion spent on new productions2 and contributed over £7.9 billion to the UK economy3. The BFI’s investment in ground-breaking initiatives to develop, diversify and expand the pipeline of world-class talent on both sides of the camera and to create new audience opportunities for UK film at home and abroad is focused on the long-term sustainability of the screen sector.

Digital and Creative Industries Minister Margot James said: “The UK’s Creative Industries are now worth more than £100 billion to the UK economy and through our modern Industrial Strategy, government and the sector are working together to create further investment opportunities. This new fund will give our exciting creative content companies the chance to grow and develop even more content that will resonate with viewers both in the UK and globally.”

Stephen Fuss, CEO of Stargrove Pictures, said: “This is an exciting time for the UK creative industries. We will use our expertise to identify exciting new talent, and our experience and contacts to help investee companies to grow, innovate and succeed. The Fund will unleash investment in the UK’s creative industries and enable independent UK screen content companies to retain a greater financial interest in the intellectual property they create so they can capitalise on their projects and talent and grow their businesses further.”

All investments will have received advance assurance from HMRC before Calculus engages capital. The Fund is targeting £2 return for every £1 invested, over a target four to six-year investment horizon. This does not include the generous EIS tax benefits, which are in addition. It has a minimum investment of £10,000.

To read the story in the Financial Times, click here